I was diagnosed with tongue and lymph node(neck) cancer in October 2018 and Mi Meal was recommended while at the Hillcrest Hospital. I was very happy with the Mi Meal […]

I was diagnosed with breast cancer. I started on Mi Meal immediately and never felt ill or nauseous right through chemo therapy.  Now that I am cancer free, I use […]

I have been using it for two weeks now as a meal replacement, it give[s] me lots of energy and keeps me fuller for longer, I don’t get cravings to […]

I am a diabetic with a wheat and gluten intolerance. I love Mi Meal because it gives me energy, and brings my cholesterol down. 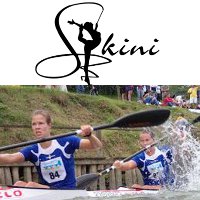 During my preparation for the Dusi river marathon 2016 I used Skini Protein shakes as a nutrition supplement, to help me to recover from the training. I used one shake […]

I was given 6 months to live after undergoing a Commando operation to the left of my throat and tongue in October 2008. I was diagnosed with stage 4 squamous […]

I have used Mi Meal for recovery during a operation, and since raised my two sons on them from ages 18 months. I find that they have a much stronger […]

My son Ricky (18 years) has had a digestive problem for 7 years and since he has taking Mi Meal, he has seen a remarkable difference.

My husband Des had a massive stroke on the 16.5.2012 which left him unable to speak or swallow. He had a stoma fitted directly into his stomach while still in […]